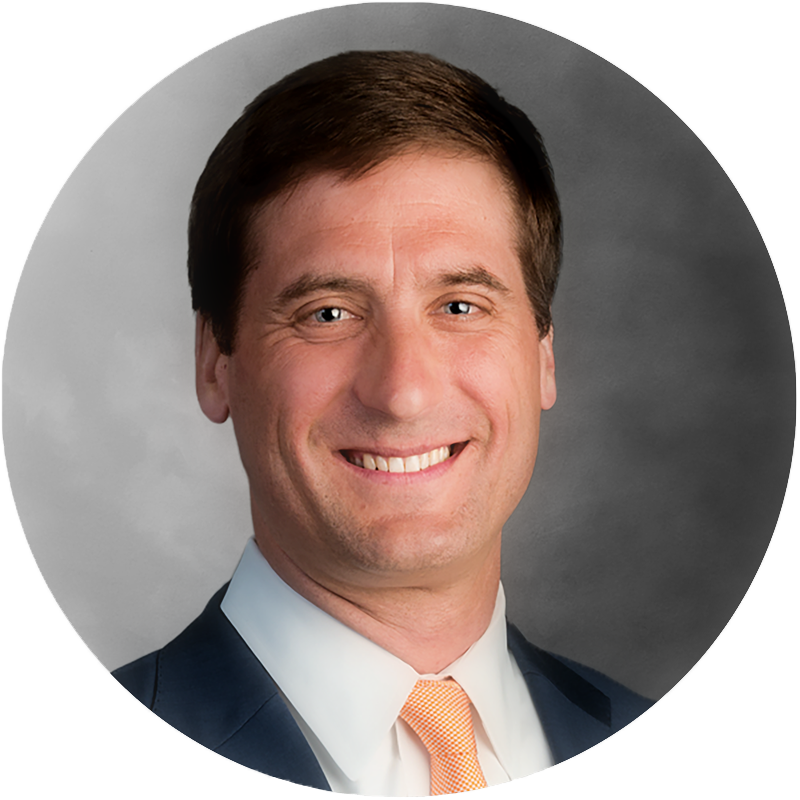 John C. Hellmann, Chief Executive Officer, joined the Company in January 2000 and served as Chief Financial Officer through April 2005. He was named President in May 2005 and Chief Executive Officer in June 2007. Previously, Mr. Hellmann worked in investment banking at Lehman Brothers, Inc., in the Emerging Communications Group, and at Schroder & Co. Inc., in the Transportation Group. He also worked for Weyerhaeuser Co. in Japan and the People’s Republic of China.

Mr. Hellmann is a graduate of Princeton University and received an MBA from The Wharton School of the University of Pennsylvania and a master’s degree in International Relations from Johns Hopkins School of Advanced International Studies. 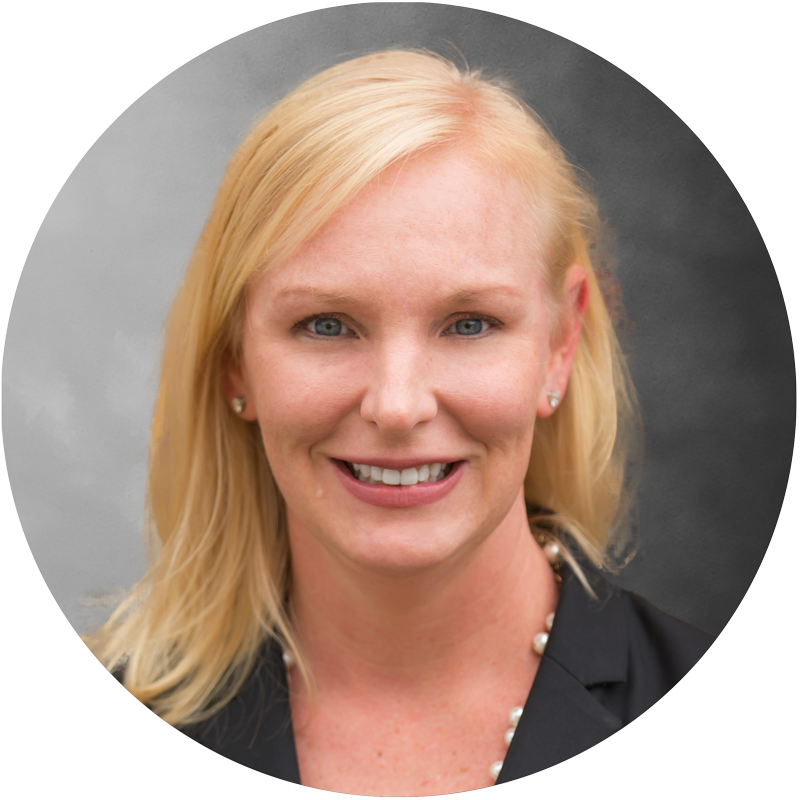 Allison M. Fergus was appointed General Counsel and Secretary in October 2006. She joined G&W in November 2005 as Senior Counsel. Ms. Fergus was previously an associate at Shearman & Sterling LLP in New York, where she practiced in the capital markets group. Prior to that, she worked in the treasury group of Omnicom Group Inc. and at JPMorgan Chase, formerly Chase Manhattan Bank.

Ms. Fergus earned a bachelor’s degree in finance and international business from Georgetown University and her juris doctorate degree from Fordham University School of Law. 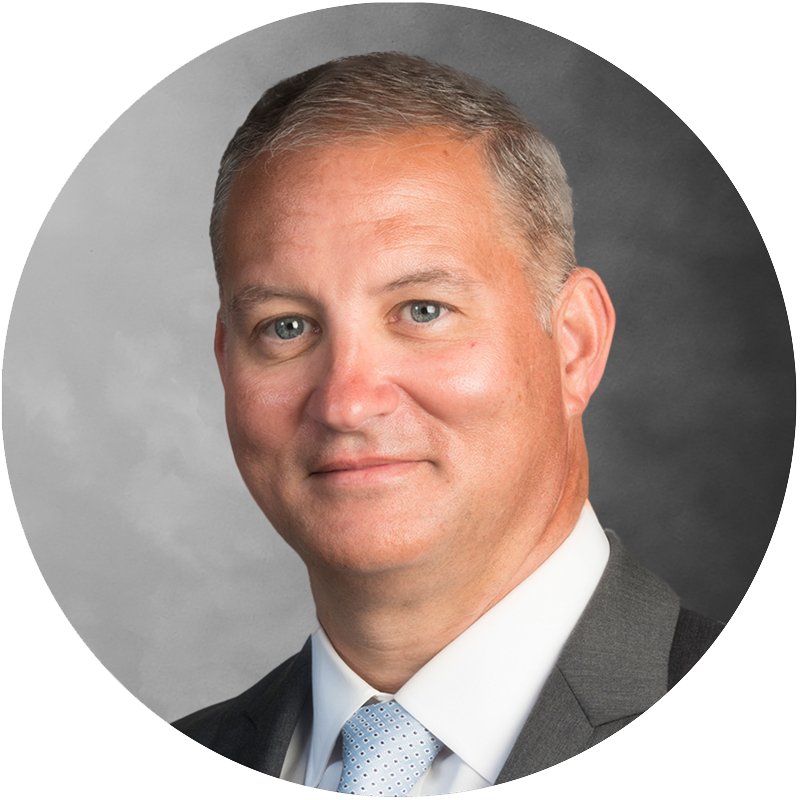 Michael O. Miller was appointed President of G&W’s North American operations in October 2018. He joined the company as Chief Commercial Officer for North America in September 2010 and was previously General Manager of Norfolk Southern’s Modalgistics Supply Chain Solutions, where he improved customers’ supply chain efficiencies through rail, transload and intermodal service. Prior to that, he served as Vice President of Strategic Development for Derivion Corp and held logistics-related positions with Georgia-Pacific and Roadway Express. 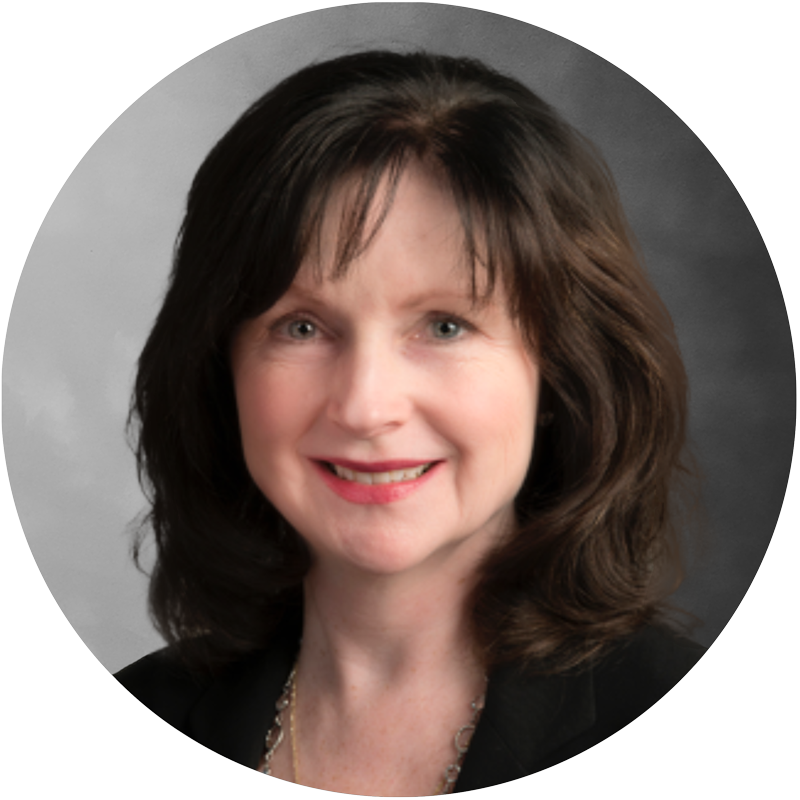 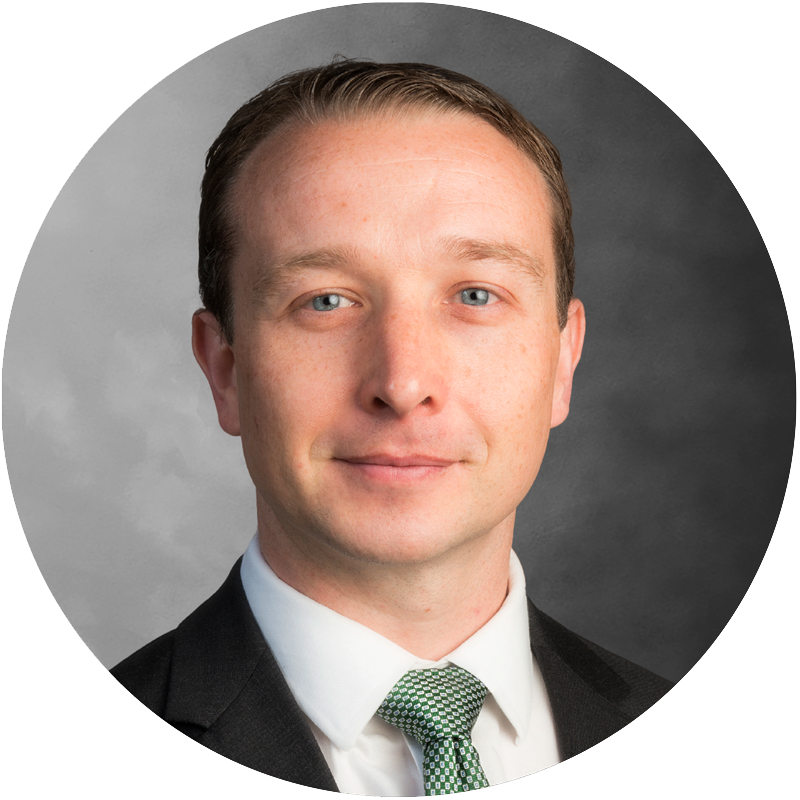 Thomas D. Savage was appointed Chief Financial Officer in May 2020. He joined G&W in 2005 and most recently served as Senior Vice President of Corporate Development and Treasurer, where he focused on mergers and acquisitions as well as corporate finance and was responsible for G&W’s global treasury functions. Previously, Mr. Savage worked at a boutique investment bank focused on real estate investments.

Mr. Savage earned a bachelor’s degree in economics from Colby College and an MBA from New York University’s Stern School of Business. 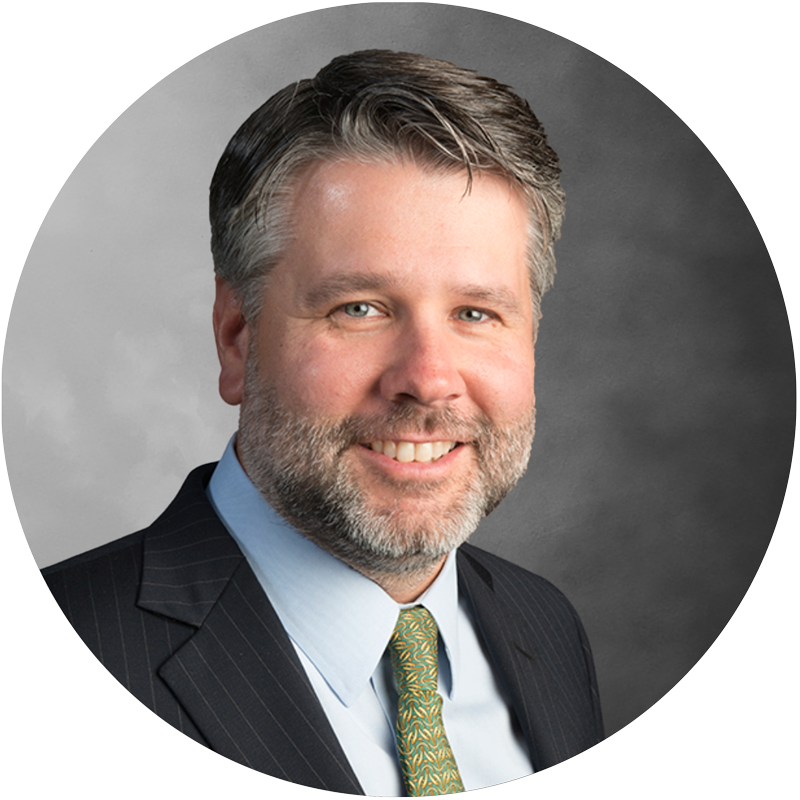 Matthew O. Walsh, Executive Vice President of Global Corporate Development, joined G&W in September 2001. From 1996 to 2001, Mr. Walsh was an investment banker at Salomon Smith Barney, Inc., and Schroder and Co., Inc., both in New York and London. He serves on the Executive Committee of the Board of Directors of the American Short Line & Regional Railroad Association and previously served on the Board of the Railroad Clearinghouse, which was established to create the administrative systems and banking functions for electronic settlement of all rail industry interline freight systems.

Mr. Walsh is a graduate of Princeton University. 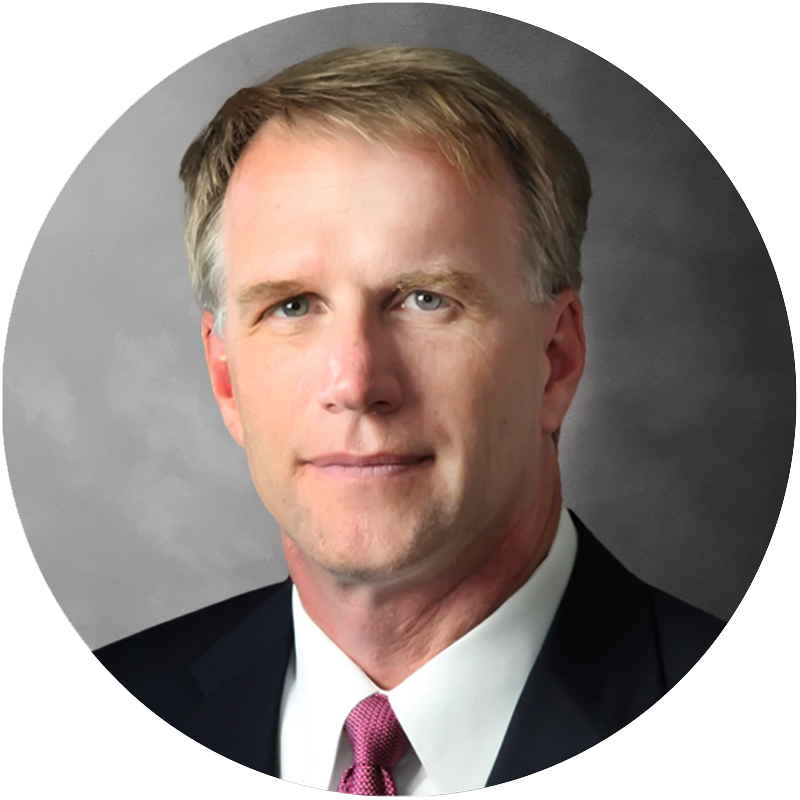 Mike Peters was named Chief Commercial Officer for G&W’s North American operations in October 2018. He joined the company in April 2013 as Senior Vice President of Real Estate and Industrial Development. Mr. Peters has held supply chain-related positions for more than 25 years, including Chief Commercial Officer for OmniTRAX based in Denver, Colorado. Prior to that, he was First Vice President of ProLogis, the world’s largest developer of industrial real estate, where he was responsible for managing the global account team and working with Class I railroads and ports to identify new locations for industrial development. 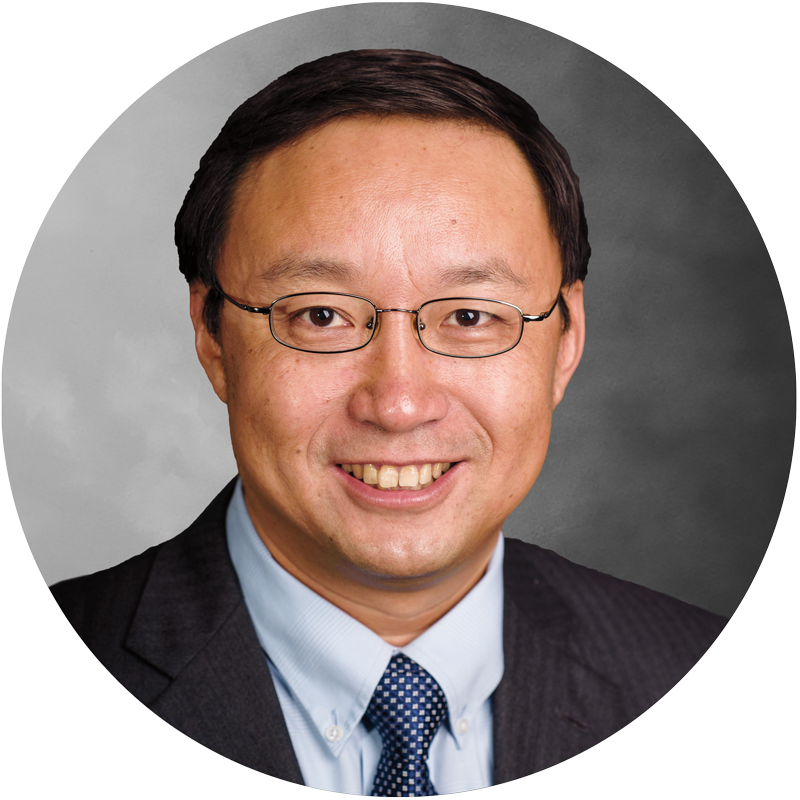 Tianbing Qian joined G&W in September 2019. He was previously Senior Vice President/Chief Digital Information Officer for Ports America, where he modernized IT platforms across terminal operations, safety, equipment management and workforce management, since May 2015. Prior to that, he held senior IT management positions with Celestica International and Freescale Semiconductor. 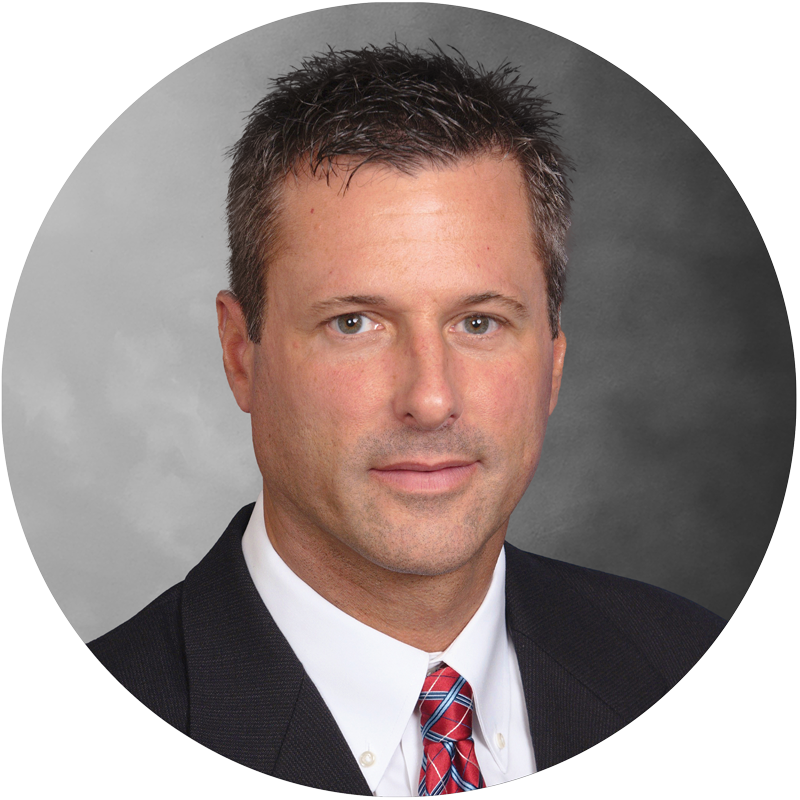 Sarah Greene was appointed Senior Vice President and Controller in May 2020. She joined G&W in 2006 as Controller of Financial Reporting & Analysis and served as Vice President and Corporate Controller from 2016. Prior to G&W, Ms. Greene served in a variety of accounting roles with increasing responsibility at First Union National Bank, Eastman Kodak and PAETEC Communications since beginning her career at PricewaterhouseCoopers.

She is a Certified Public Accountant and earned both her bachelor’s degree in professional accounting and an MBA from Michigan State University. 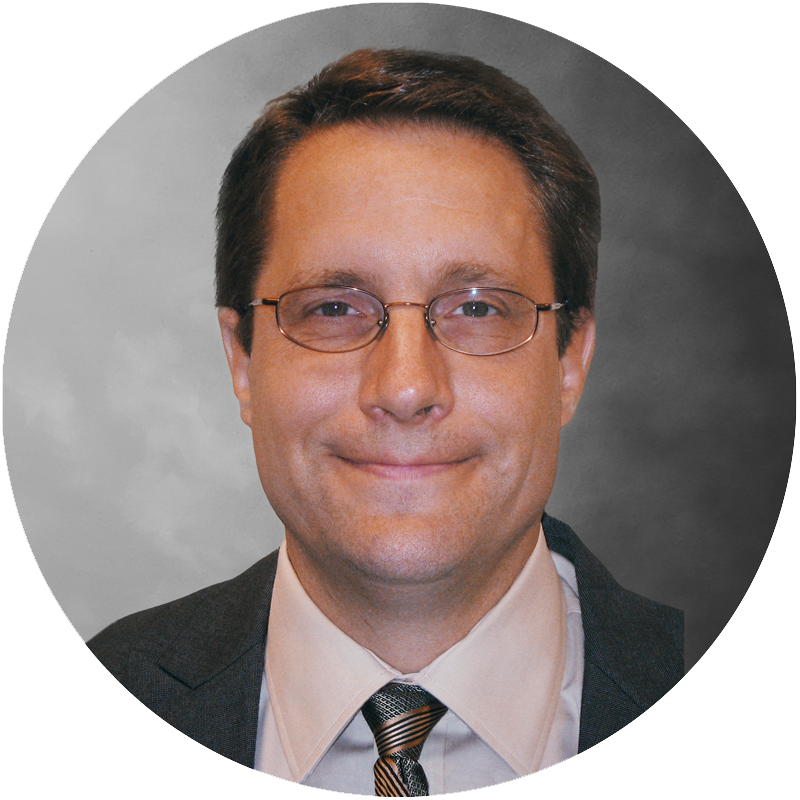 Marty Pohlod was named Senior Vice President of G&W Corporate Commercial in February 2020. He previously led G&W’s former Midwest Region railroads since 2017. He joined G&W in 2008 as Marketing Manager with the acquisition of the Ohio Central Railroad System, where he had been since 1996, and thereafter served in roles of increasing responsibility. Mr. Pohlod began his railroad career in marketing and sales roles at the Wheeling & Lake Erie Railway and Southern Pacific Railroad.

He holds a bachelor’s degree in transportation and logistics management from Kent State University. 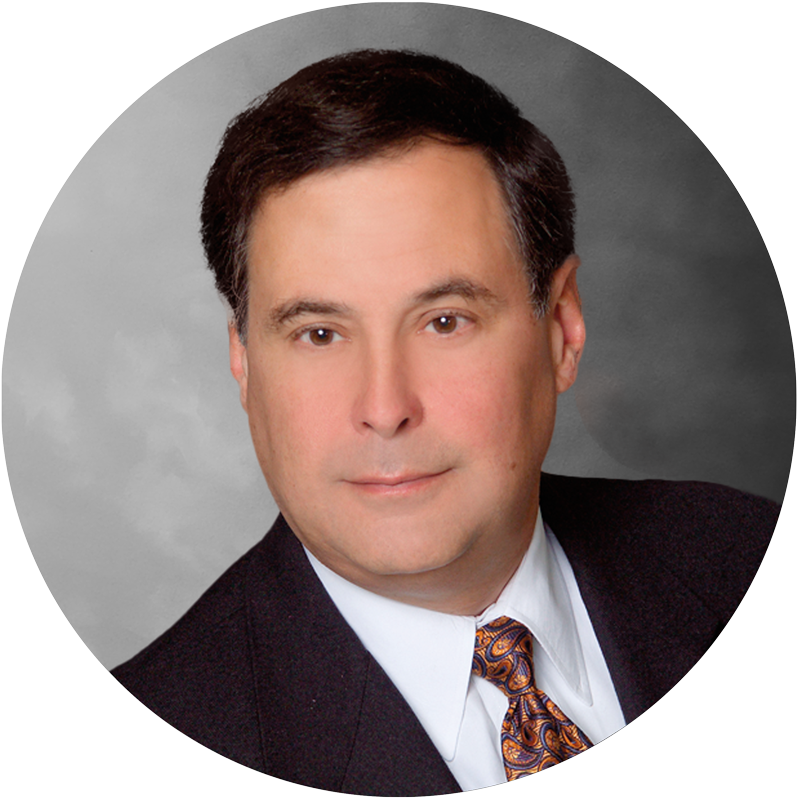 Jerry Vest was appointed Senior Vice President of Government & Industry Affairs in April 2014. He joined G&W as Vice President of Government & Industry Affairs in July 2005. Prior to joining the company, Mr. Vest worked in the rail freight industry for 20 years in marketing, sales, customer service, strategic planning, operating and development positions. Mr. Vest worked for three Class I carriers–Conrail, CSX and CN–and was Vice President and General Manager at Great Lakes Transportation, where he was responsible for the Bessemer & Lake Erie Railroad and Pittsburgh & Conneaut Dock company.

Mr. Vest graduated from the University of North Carolina at Chapel Hill with a bachelor’s degree in business administration and earned his MBA from Indiana University. 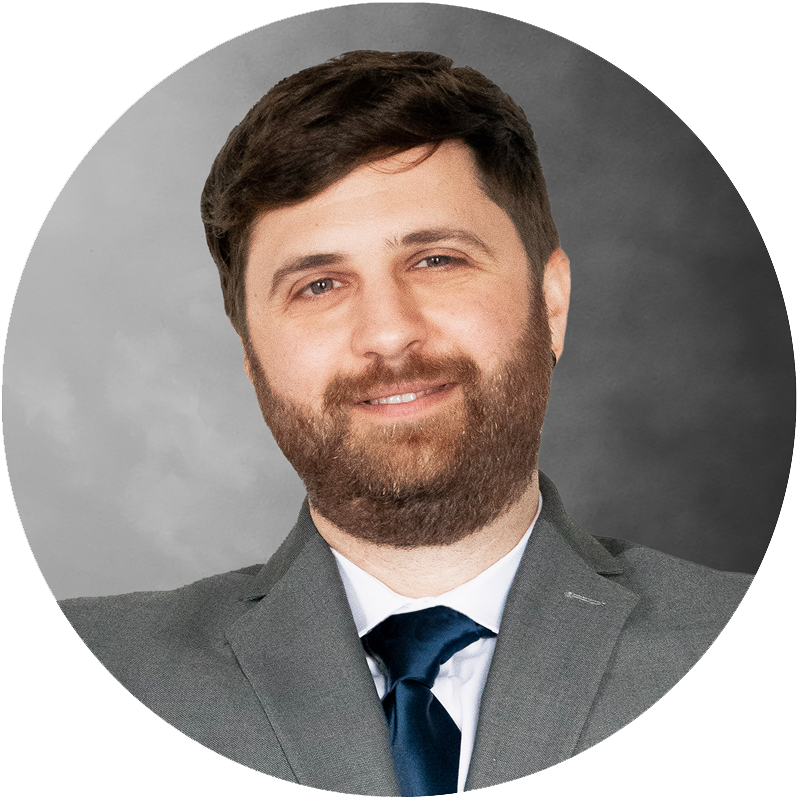 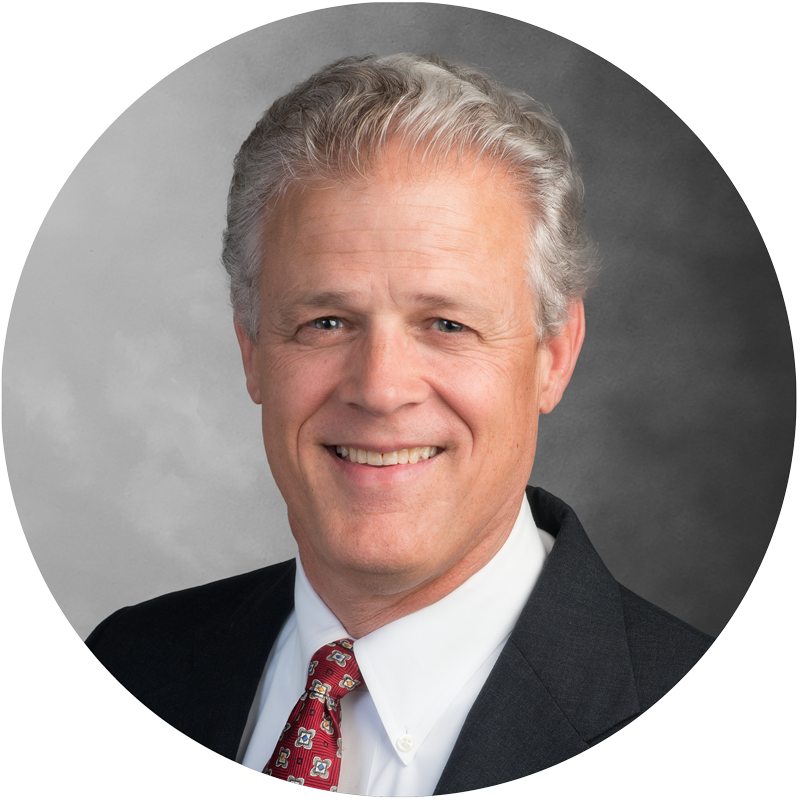 Mr. Irvin earned his bachelor’s degree in transportation from the University of Alabama. 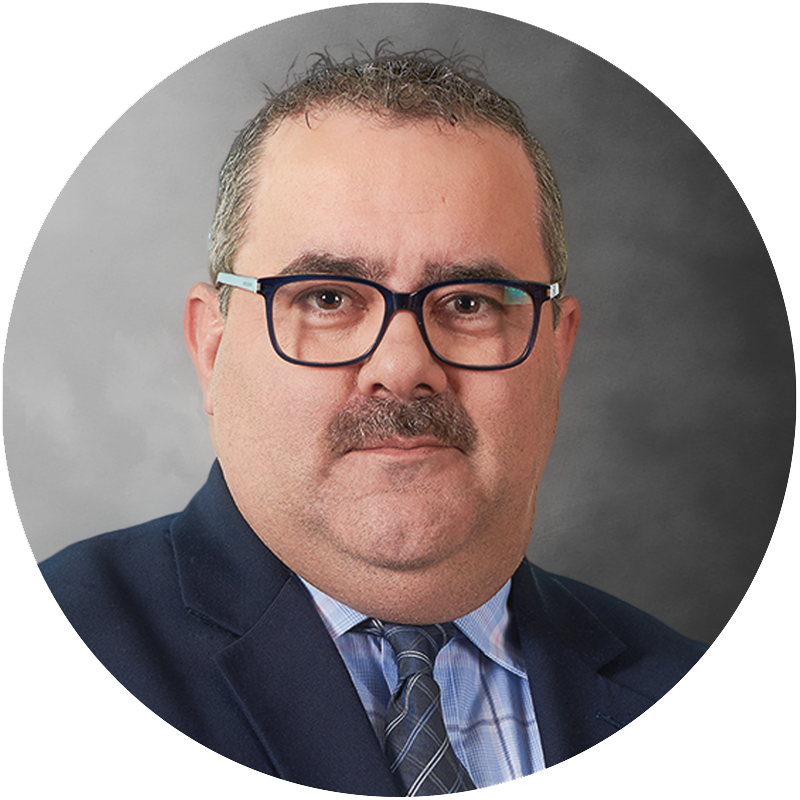 Rick McLellan was appointed President of Genesee & Wyoming Canada Inc. (GWCI) in January 2020. He joined G&W in 2013 as General Manager of the company’s Southern Ontario Railway and St. Lawrence & Atlantic Railroad and was promoted to Vice President of Operations for GWCI in 2016. Mr. McLellan began his rail career with Canadian Pacific and, in the 36 years since, has held a variety of rail operations roles. 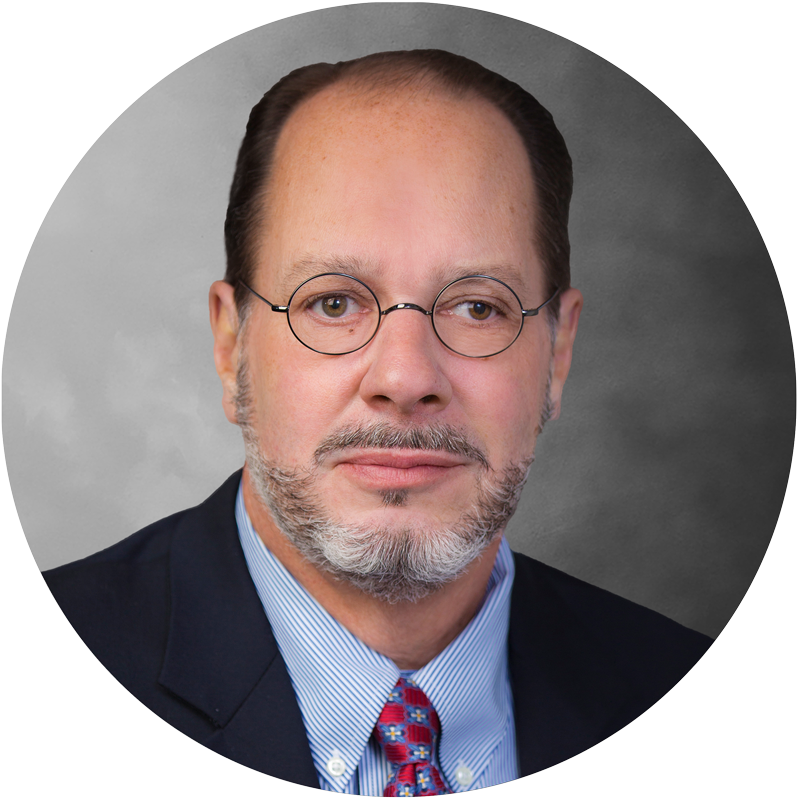 Mr. Wagner earned a bachelor’s degree from Ohio University and an MBA from the University of Pittsburgh. 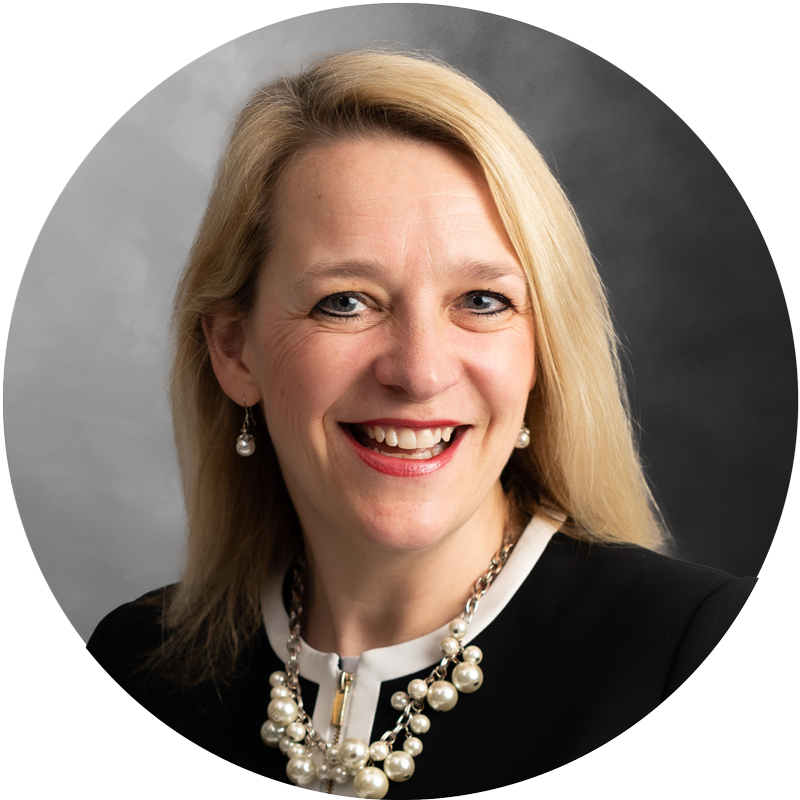 Becky was named Interim CEO of G&W’s UK/Europe operations in September 2022. Ms. Lumlock joined Brookfield, G&W’s majority shareholder, in January 2022. Prior to that, she worked for Network Rail for five years, most recently sitting on the Group Executive as their Group Transformation Director, and was also Managing Director for the Wessex Route, running all rail infrastructure into and out of the UK’s busiest railway station, London Waterloo, and to south England, including freight services from the Port of Southampton as well as 250 million passenger journeys per year. 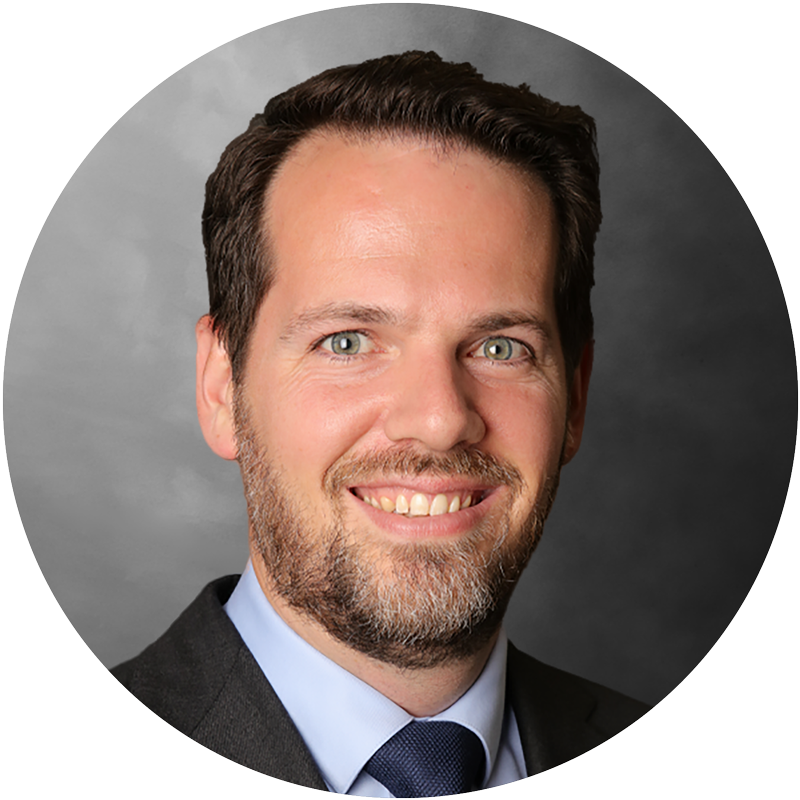 Mr. Wright was previously Global Finance Director for a division of Amcor, a global leader in packaging solutions. He also held roles in M&A and integration, operational controlling and business finance at Amcor. Mr. Wright began his career at PricewaterhouseCoopers in Australia. 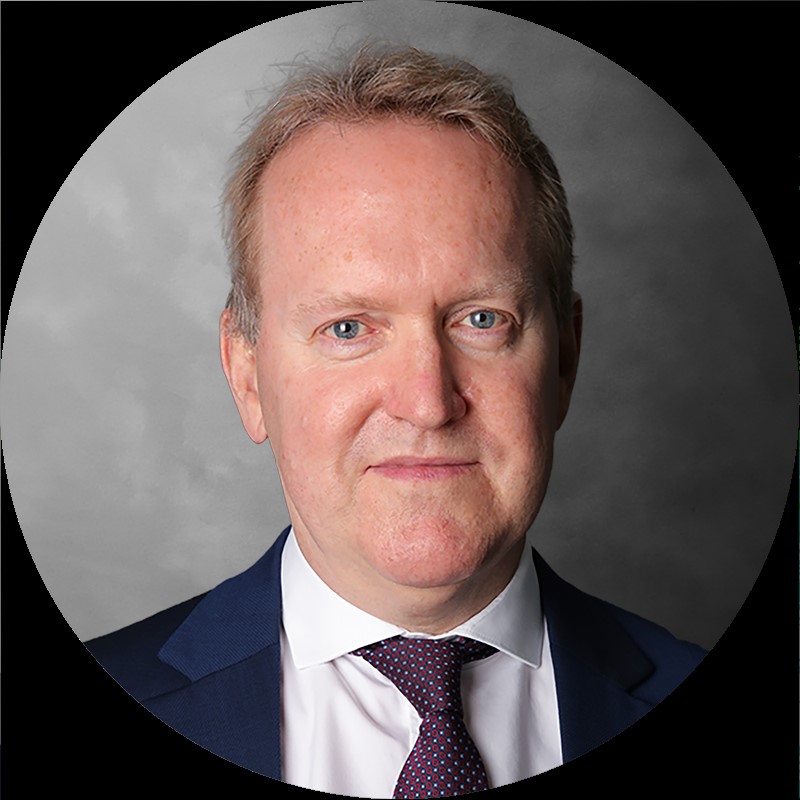 Andrew Daly joined G&W’s UK/Europe Region as Chief Commercial Officer in June 2021. During his early career, Mr. Daly gained broad business understanding with Ford and GE in a variety of roles before joining Unipart Group in 2004 as Marketing Director for their Mechanical Repair Division. He subsequently joined Kion in 2007 to lead one of their UK businesses – Linde Material Handling – where he was responsible for Business Sales and Services for the UK. Mr. Allen was named Managing Director – Road Services of G&W’s UK/Europe Region companies in February 2018. Since 2012, he had previously managed G&W’s Pentalver operations and also led the company’s road services function. He began his logistics career in 1993 as depot manager for W. Carter (Haulage) Ltd and was appointed managing director in 2003. W. Carter was acquired by Wincanton PLC, another logistics services leader, in 2008, and Mr. Allen joined Wincanton’s management team for four years before coming to Pentalver. 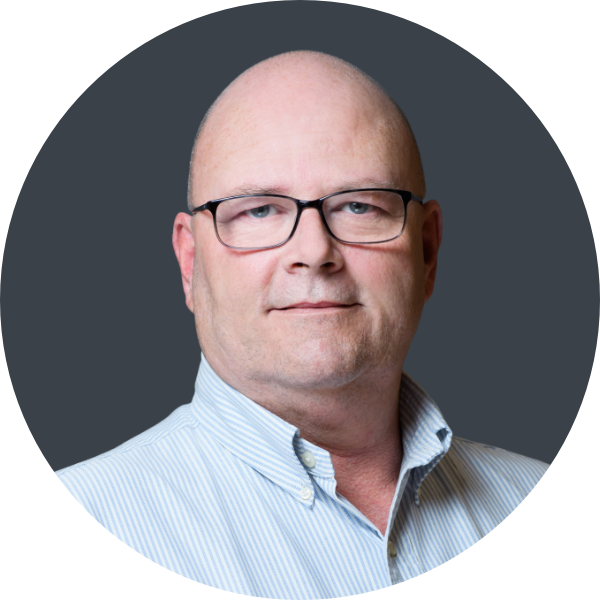 Mr. Lawrenson was named Managing Director – Terminal Services for G&W’s UK/Europe Region companies in February 2018. Previously, he had served as Managing Director of G&W’s Pentalver since January 2010. Prior to that, he held numerous roles within the Maersk group for 29 years, starting as a clerk in the liner shipping division and progressively working up to senior operational roles. 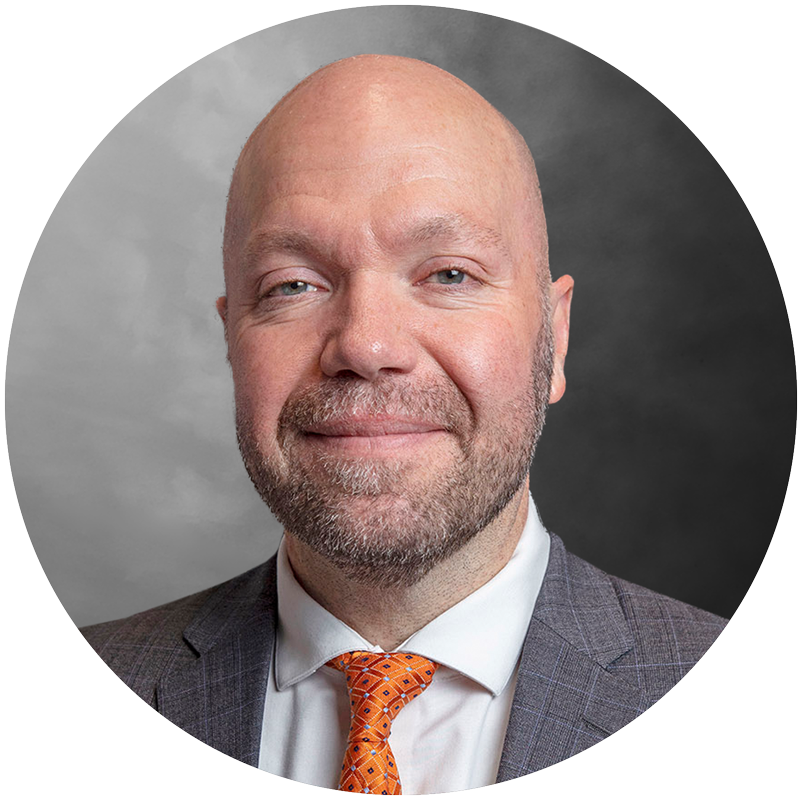 Blake Jones joined G&W’s UK/Europe Region in November 2021 after serving within G&W’s North American operations since 2012. He has a long history in rail operations, having joined Union Pacific Railroad as a Conductor before subsequently joining RailAmerica, where he held several roles including General Manager. Since G&W’s acquisition of RailAmerica in 2012, Mr. Jones has held a number of roles, including Vice President of Transportation, General Manager, Assistant Vice President of Operations and, most recently, Vice President of Operations. 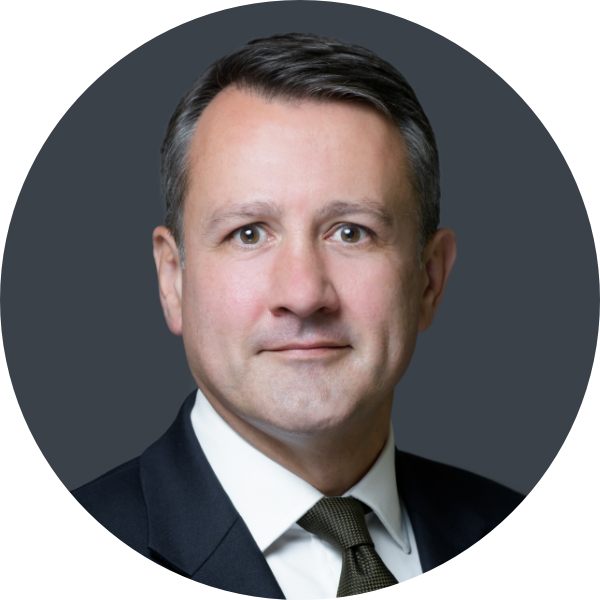 Geraint Harries joined G&W’s Freightliner in March 2013. Prior to that, he was a Corporate Partner in the London office of Addleshaw Goddard LLP.

Mr. Harries graduated in history from the University of Bristol before completing his post-graduate legal studies at The College of Law, Guildford, qualifying as a solicitor in March 1997.

Glynis Appelbe joined G&W UK/Europe Region companies in March 2016 as HR Director. Prior to G&W, she was the Head of HR for a FTSE-listed global diversified mining company, Eurasian Natural Resources PLC, spanning Europe, South America, Africa and Kazakhstan. Before that, she spent 16 years working in financial services environments in subsidiaries of Barclays, ABN Amro and Hitachi Capital.

Ms. Appelbe earned a business degree from University of Limerick in Ireland and is a member of the Chartered Institute of Personnel & Development. 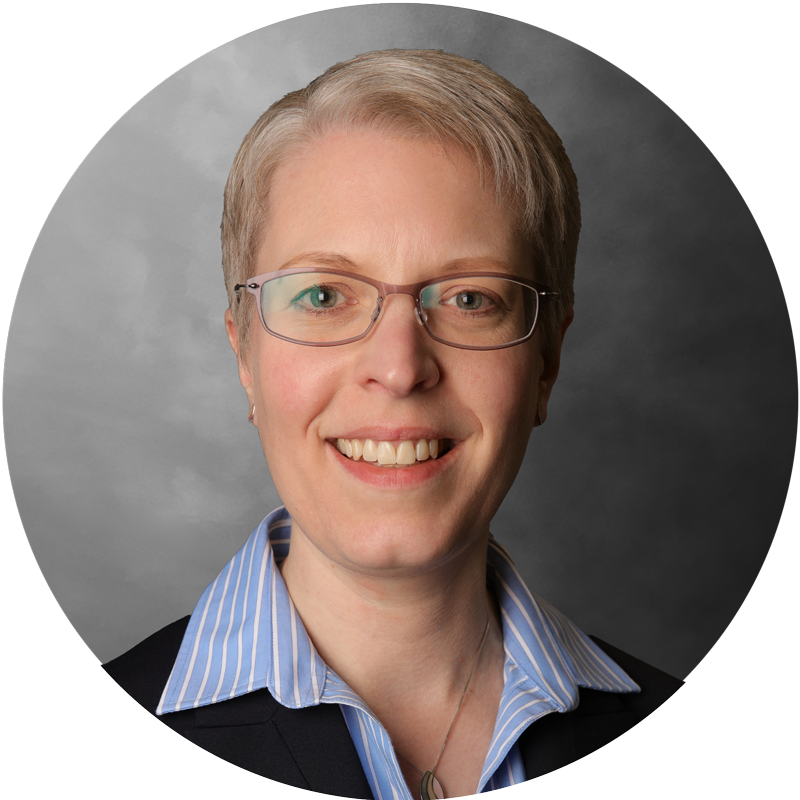 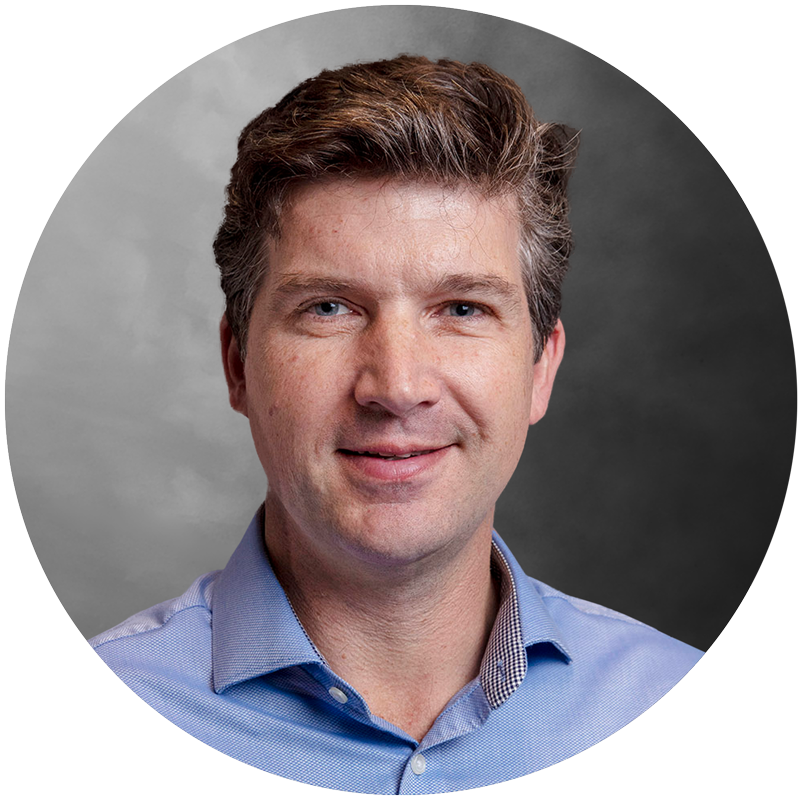